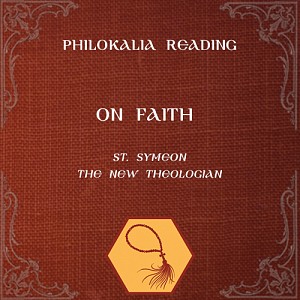 In this treatise it is argued that the vision of God is accessible to both monk and layman by faith. The text recounts the experience of a layman named “George” and his coming to see the uncreated light. It is generally thought that under the guise of “George” St. Symeon describes his own experience. Contemporary English editors of the Philokalia called the “New Theologian” Symeon (949-1011), a “missionary of the mystical life”.  This writing was originally a catechesis delivered by the Saint Abbot to his monks at the Monastery of St. Mamas in Constantinople. It is one of two of the Saint’s teachings that were selected by the original editors of the Philokalia for inclusion.