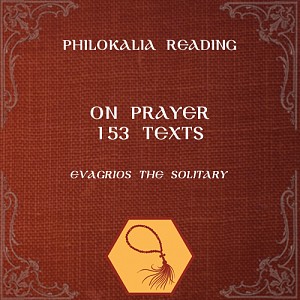 On Prayer: 153 Texts is a seminal work by Evagrius the Solitary, sometimes known as Evagrius Ponticus. He was a disciple of the Cappadocian Fathers, ordained reader by St. Basil the Great and deacon by St. Gregory the Theologian. He became a monk of the Egyptian desert, and is the most prolific author of the Desert Fathers. He exercised a tremendous influence on both Eastern and Western monasticism, and four of his writings were included by the Holy Fathers in the 1st Volume of the Philokalia.