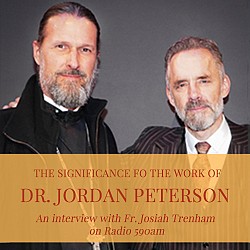 The Significance of the Work of Dr. Jordan Peterson
An interview with Father Josiah Trenham

Patristic Nectar Publications is pleased to present the following interview given by Father Josiah to local media on the subject of the rising influence of Dr. Jordan Peterson. This interview was given following a recent lecture given by Dr. Peterson in Riverside, California at which Fr. Josiah made Dr. Peterson's acquaintance.

Listen to the Interview > 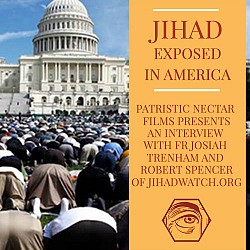 It is our honor and privilege to present the film, Jihad Exposed in America, released in commemoration of the 15th anniversary of 9/11. In this enlightening film, Father Josiah interviews leading scholar, best-selling author, and jihad watchman, Mr. Robert Spencer on the rise of Islamic terrorism in America and the 14 century history of jihad.

Monk Maximos (Constas) on Saint Maximos the Confessor and the Philokalia

Monk Maximos (Constas), Athonite, patrologist, and former Harvard Professor, is interviewed about the life and teachings of his patron saint: St. Maximos the Confessor. St. Maximos Confessor lived and taught in the 7th century, and his contribution to the promotion of Holy Orthodoxy is virtually unmatched. Fr. Maximos, the premier Maximos scholar in the contemporary Orthodox world, has recently completed the first-ever complete English translation of St. Maximos' Ambigua. The Ambigua, an effort by St. Maximos to interpret some 70 difficult passages in the writing of St. Gregory the Theologian, is perhaps the most difficult patristic text to translate and interpret. The Ambigua is published by Harvard University Press, and is available for less than $30 a volume. 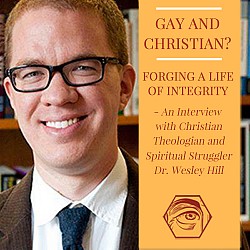 Gay and Christian? Forging a Life of Integrity
An Interview with Christian Theologian and Spiritual Struggler Dr. Wesley Hill 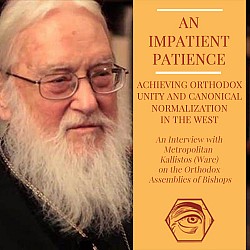 An Impatient Patience: Achieving Orthodox Unity and Canonical Normalization in the West
An Interview with Metropolitan Kallistos (Ware) on the Orthodox Assemblies of Bishops

Four years ago, in June of 2009, something momentous took place in World Orthodoxy. At the invitation of His All Holiness Ecumenical Patriarch Bartholomew, delegates from the fourteen Autocephalous Orthodox Churches participated in the historic Fourth Pre-Conciliar Pan-Orthodox Conference, meeting at the Center of the Ecumenical Patriarchate in Chambésy-Geneva, Switzerland. They expressed their “desire for the swift healing of every canonical anomaly that has arisen from historical circumstances and pastoral requirements, such as in the so-called Orthodox Diaspora, with a view to overcoming every possible influence that is foreign to Orthodox ecclesiology.”

This ecumenical decision translated quickly into the establishment of Episcopal Assemblies of Orthodox Bishops in 12 locations throughout the world in historically non-Orthodox lands. Here in America the Assembly of Canonical Orthodox Bishops is set to convene for its fourth annual meeting in just a week or so in Chicago, Sept. 17th- 19th, 2013.

What exactly are the bishops doing? What is being accomplished? and what is the purpose and intent of these Assemblies throughout the West?

In this extensive 30-minute interview produced by Patristic Nectar Films the internationally acclaimed Orthodox theologian Metropolitan Kallistos (Ware) addresses just these questions to provide a context to understand the movement of the Holy Spirit in these assemblies today. 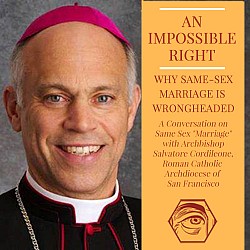 Father Josiah interviews Archbishop Salvatore Cordileone, one of America's most articulate champions of marriage and most persuasive opponent of so-called "Same-Sex Marriage." In this 30+ minute interview Archbishop Cordileone thoroughly goes on the record to explain the genesis of the movement for "Same-Sex Marriage" and exposes why the quest for redefining marriage is so destructive to the health and well-being of marriage and American society. 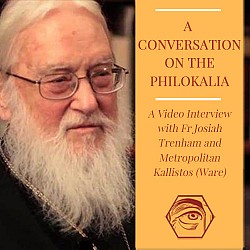 A Conversation on the Philokalia with Special Guest, Metropolitan Kallistos (Ware)

In this 35 minute face-to-face video interview Fr. Josiah discusses the sacred Orthodox spiritual texts known as The Philokalia with one of the three translators of the Philokalia into English and the only one still living: His Eminence, Metropolitan Kallistos (Ware). Metropolitan Kallistos is a leading authority on the Philokalia, and will introduce the listener to its riches as well as revealing behind the scenes information about the English translation itself. 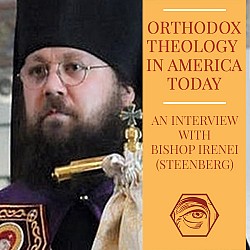 Enjoy this interview with Bishop Irenei (Steenberg) of Richmond and Western Europe of the Russian Orthodox Church in America.  Bishop Irenei is an internationally recognized scholar of patristics, former head of the Dept. of Theology at the University of Leeds (UK) and author of “The Beginnings of a Life in Prayer.” 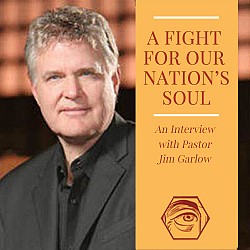 A Fight for our Nation’s Soul: An Interview with Pastor Jim Garlow

In anticipation of Pulpit Freedom Sunday on October 7th, Father Josiah interviews Pastor Jim Garlow, megachurch pastor, scholar, and cultural commentator. Pastor Jim is one of America's leading clergymen, thoroughly immersed in the battle for religious freedom in our land. This hard-hitting interview addresses the serious threat to religious liberty and freedom of conscience facing American Christians at this moment in history, and provides guidance for concerned Christians about how they can stay true to their faith and help America through these perilous times.

Listen to the Interview > 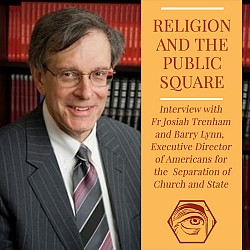 Religion and the Public Square

Mutual Interviews with Father Josiah and Barry Lynn, Executive Director of Americans for the Separation of Church and State.

Listen to the interviews > 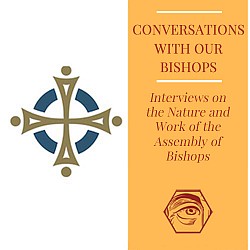 Conversations With Our Bishops: Interviews on the nature and work of the Assembly of Bishops

Fr. Josiah Trenham serves as a member of the Secretariat of Canonical Orthodox Bishops of North and Central America. He was commissioned by that body to conduct interviews with each of the Hierarchs in the Assembly of Bishops