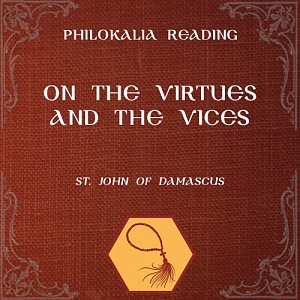 "Virtue can only be attained by unremitting effort." So writes the Damascene in this magnificent homily on the virtues and vices. This text provides a succinct summary of the spiritual and bodily senses, as well as the virtues of the soul and body, and the corresponding vices. St. John posits a schema to understand the working of the powers of soul and body, and how to conquer each vice with its corresponding virtue. The "golden seal" of this work is the promise that by excising vice and acquiring virtue the human person, fashioned in the image of God, will attain to the likeness of God for which he was originally created. This text builds on the foundational works of Evagrios, St. Mark the Ascetic, St. Maximos and probably also St. John of Sinai.